Named after its clever form, Boomerang is a hanging storage solution for pot lids. Mounted onto shelves within the cabinet, the arm pivots down to hold the lid and retracts up when not in use. The arms design uses the pot lid's handle as rest to neatly hold the lid in place. 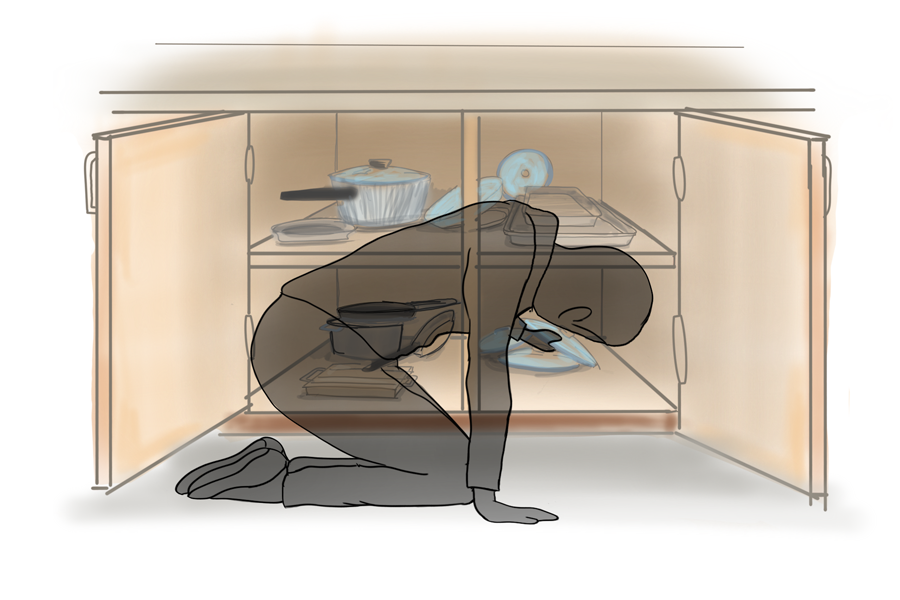 Pot lids are kitchen essentials - they help contain the elements and retain heat and moisture. While their usefulness serves during cooking, the irregularities in form and size make them difficult to store efficiently. Ranging from different handle shape, lid form and size, it is virtually impossible to stack or lean them against each other. 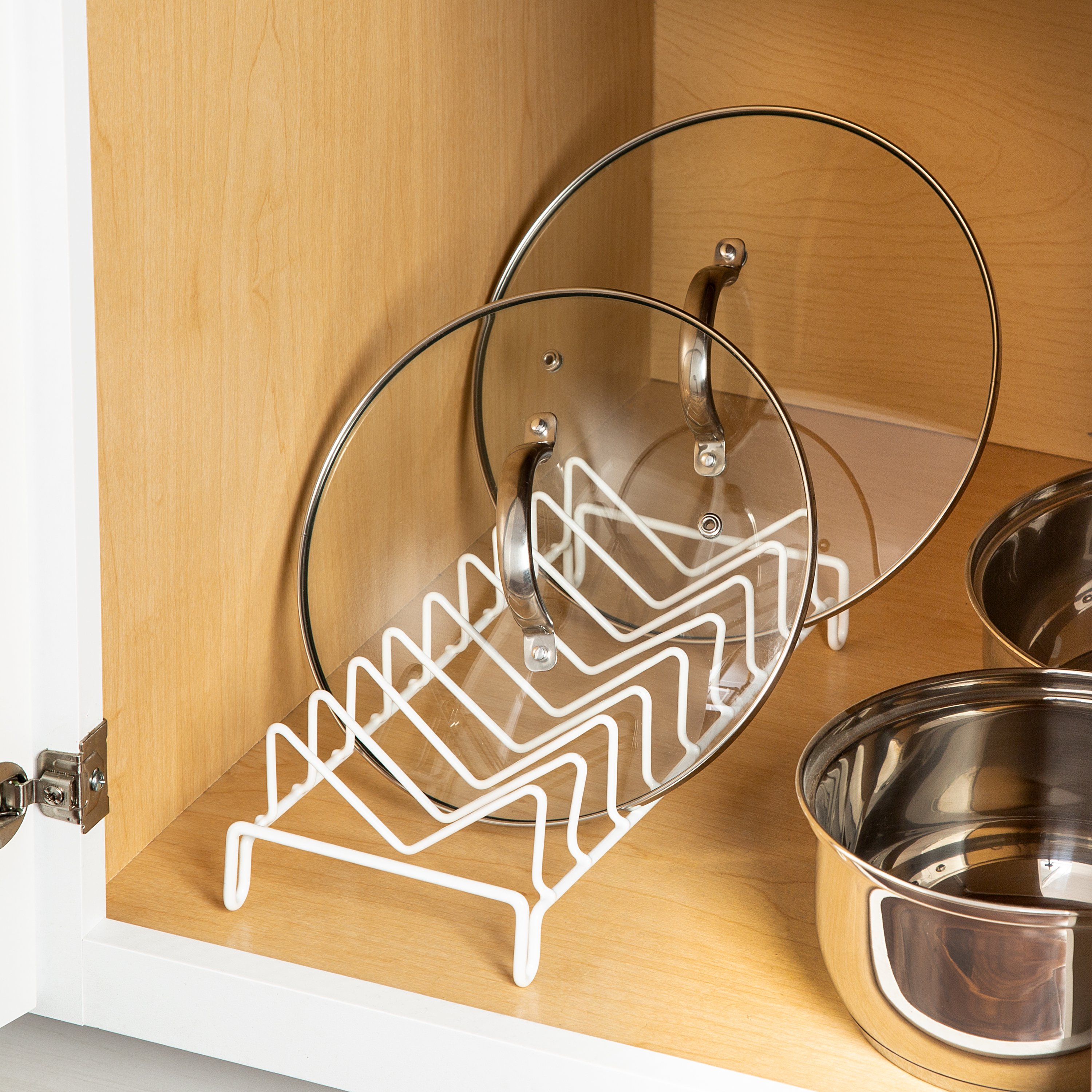 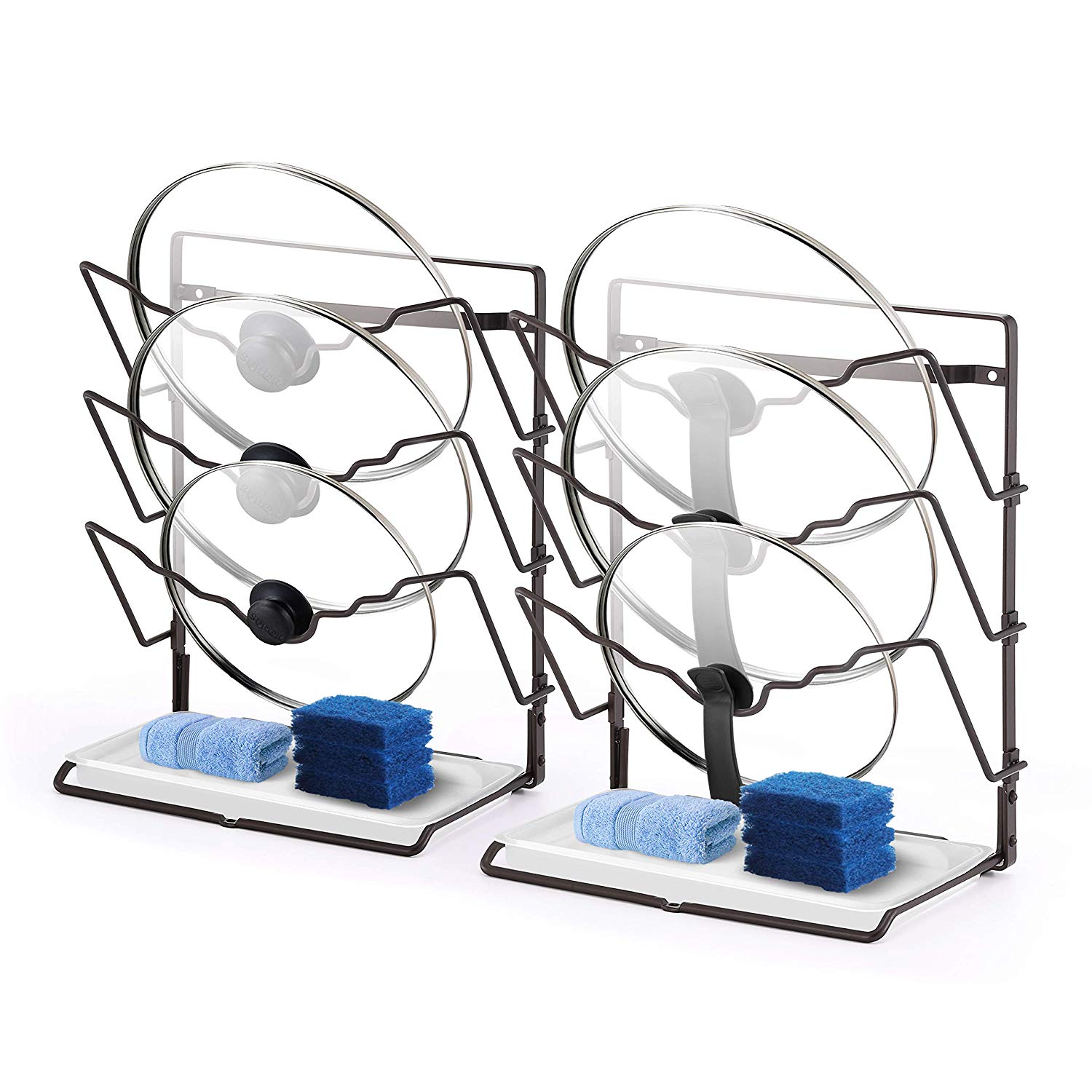 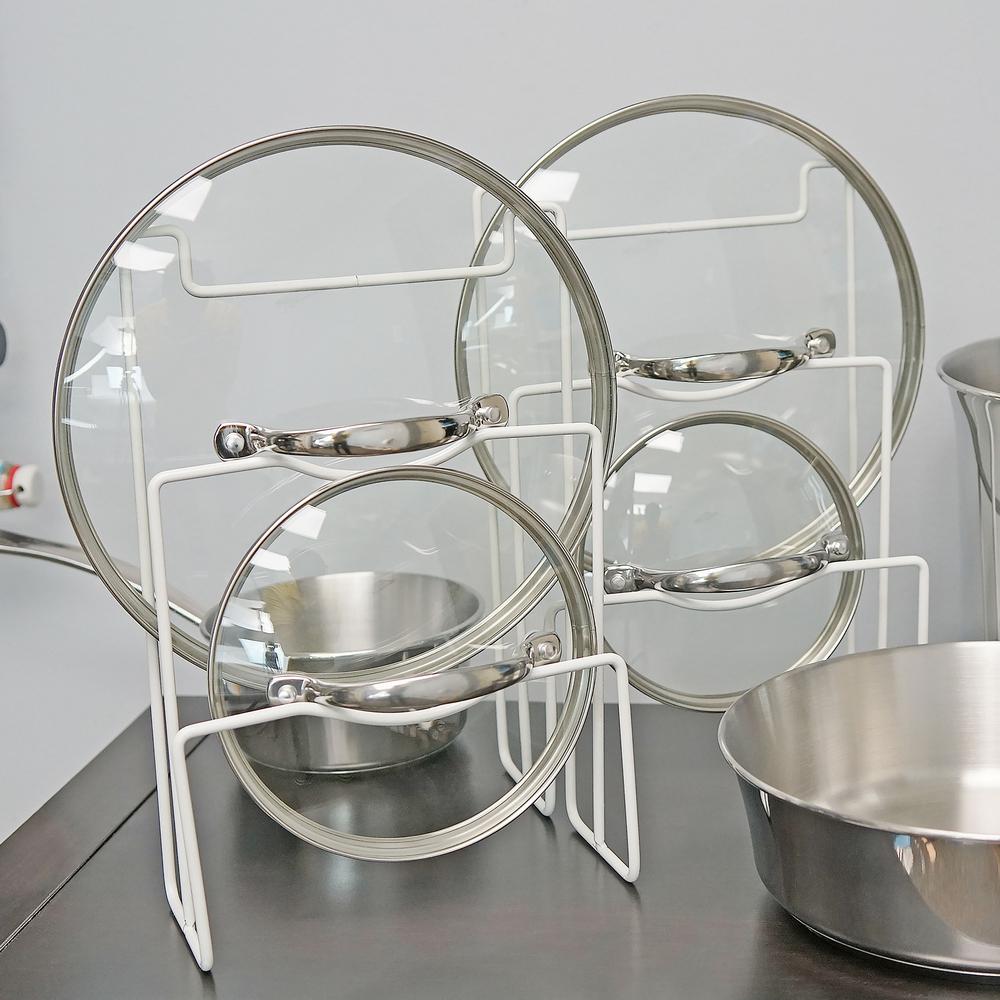 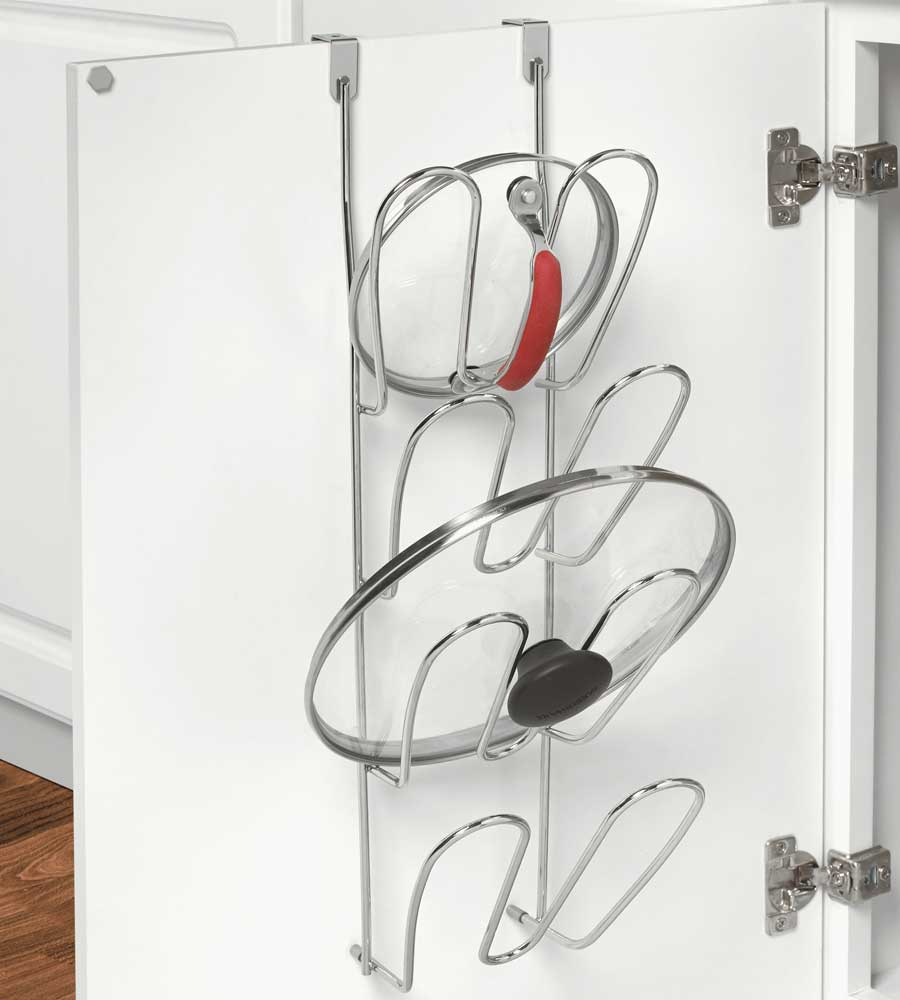 The existing market for pot lid storage like racks takes up too much shelf space and are easily toppled over when placed unevenly. Other storage solutions like cabinet door racks aren’t ideal for corner cabinet or cabinets with shelf. 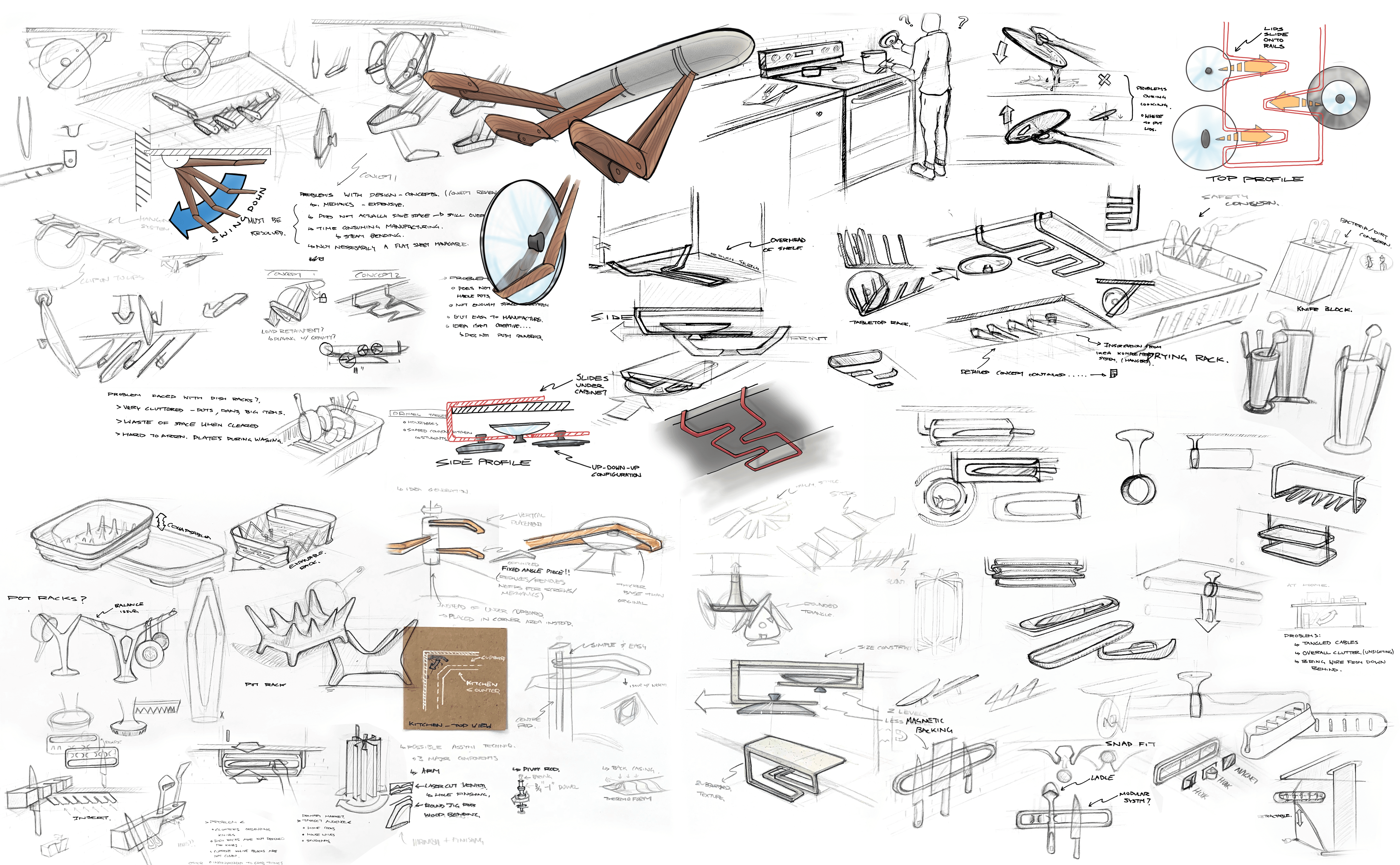 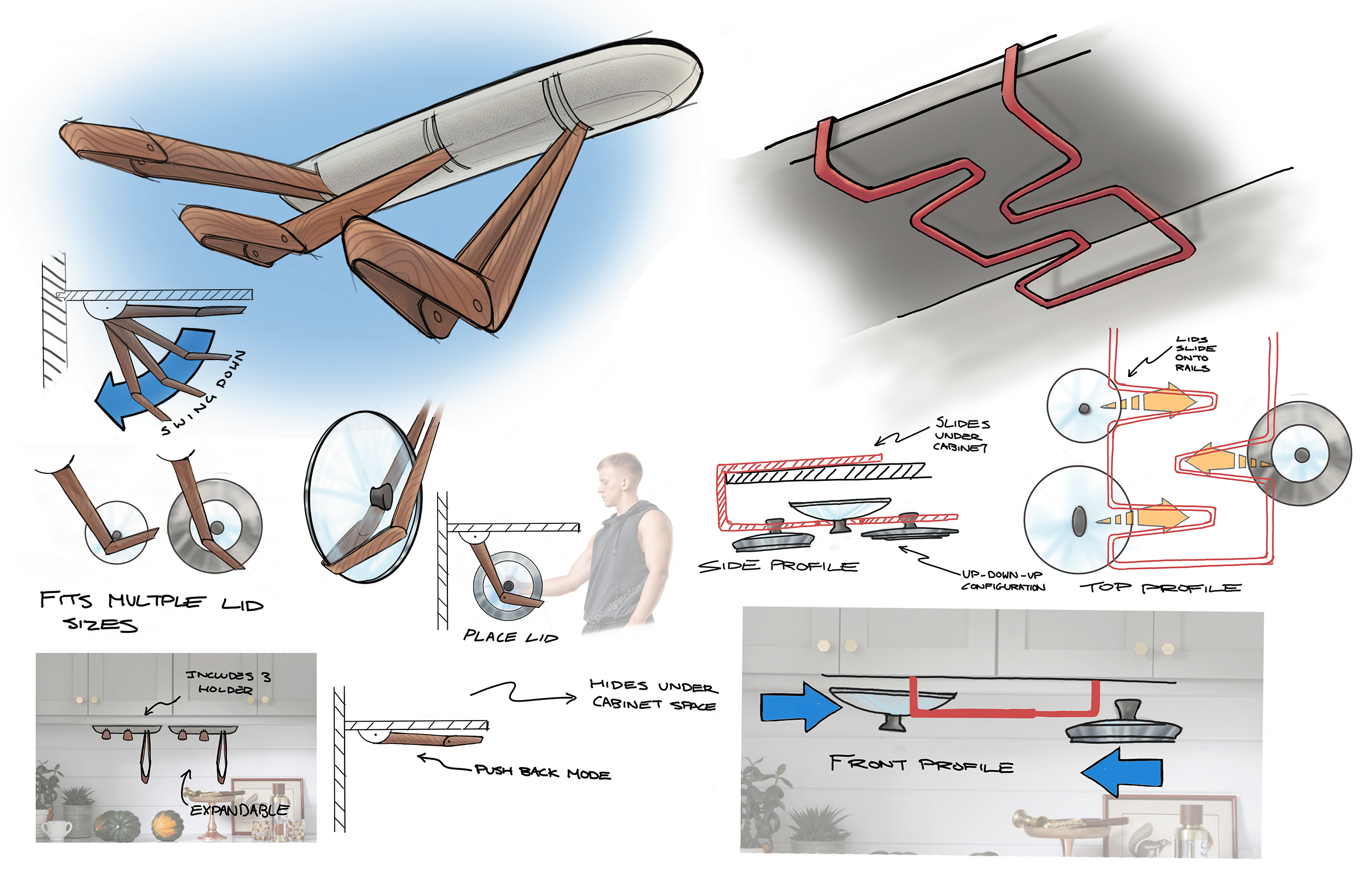 The first concept is based on an articulating arm hanging on an horizontal bar. The arm consisting of an adjustable pivot joint could hold in pot lids of various sizes. When not in use, the arm can be pull up to free up cupboard space. As a proof of concept, initial prototypes were made from cardboard and wooden dowel, pot lids tested on these models proved a viable conceptThe second concept is improvement based on existing rack designs - rather than hanging on the doors or as an independent stand, it’s placed underneath the shelf as lids are slid in from the side. However, this concept prove not feasible as the frame would simply break with heavier loads

Continuing with the first concept, more prototypes and iterations were made to refine the idea. Taken back by the complexity and manufacturability of the pivot arm mechanism, the system was simplified by replacing the 2-part arm with a fixed 1-part arm that fits most pot lids. Measuring out the smallest and biggest lids I was able to find, I experimented with different shape and form factors to find the optimal shape.

In efforts to create a working prototype that demonstrated the feasibility of the mechanism, an iPad mount for car headrest was purchased and torn apart to salvage the plastic mechanism that allowed for it to rotate at different angles. The piece was sanded down and fitted onto an acrylic prototype which was then re-installed to the mount. 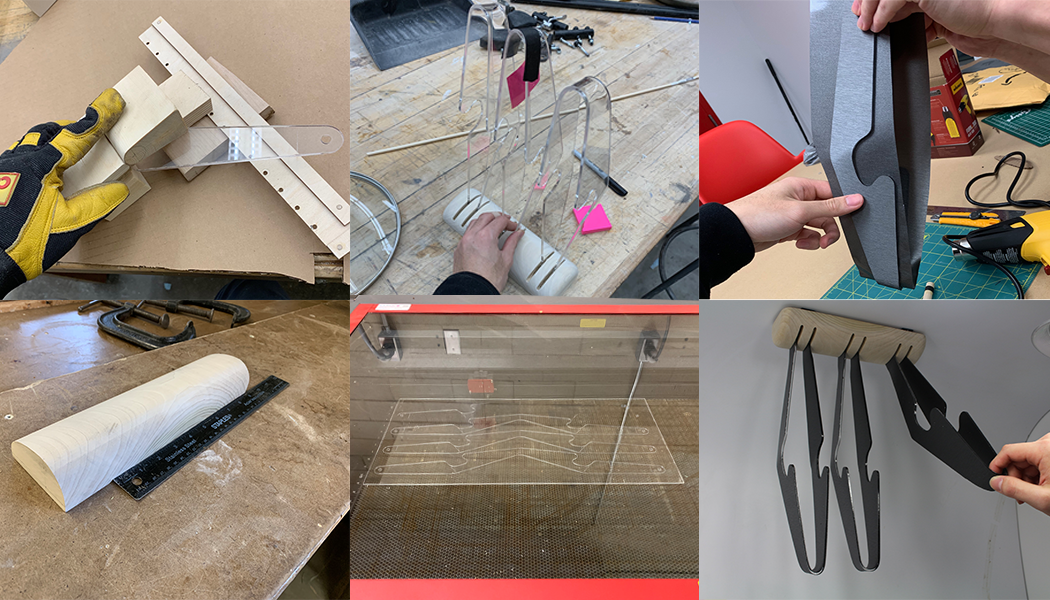 A final looks-like model was made through a series of processes. The horizontal mount was milled from block of pine and sanded to a round smooth finish, the arms was laser cut from an acrylic sheet to the specific dimensions and heat bent to the final shape with a jig. For the finished brushed aluminium looks, vinyl decals were adhered onto the arms. 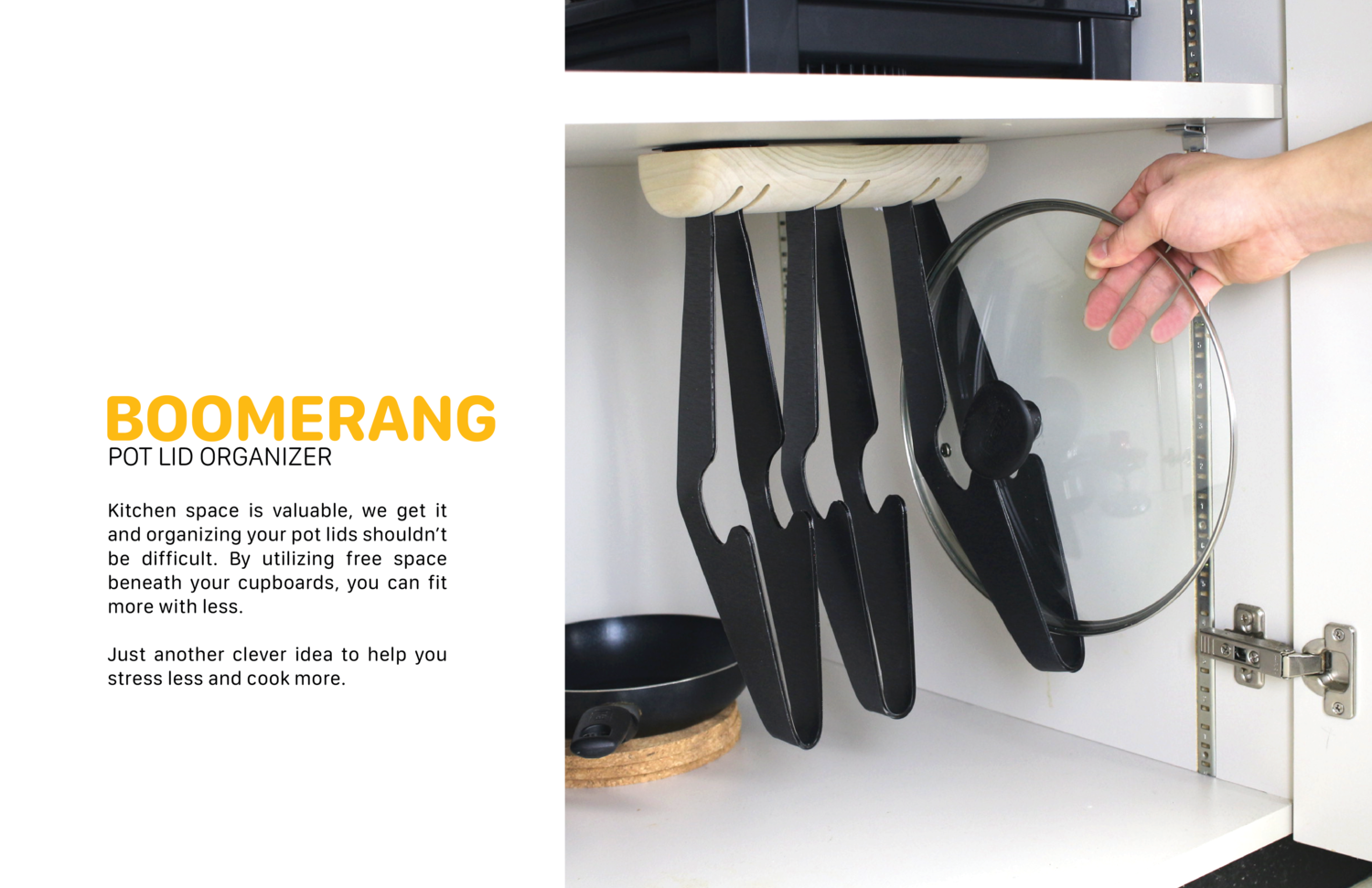